Wakefield Council has announced a top TV personality will be headlining its famous Rhubarb Festival, which is taking place between 17-23 February. 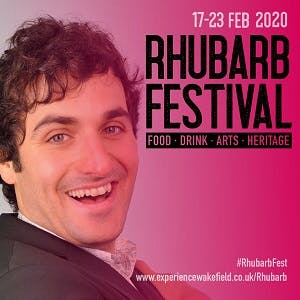 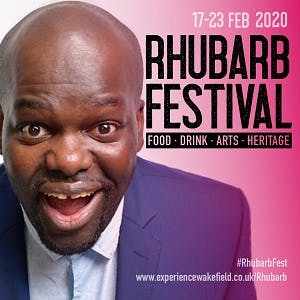 Jean-Christophe will be joined by three other top TV personalities over the course of the weekend; with Stephanie Moon - Chef Consultant for All Things Food who has also appeared on BBC Two’s Great British Menu; Wakefield’s very own star of the ‘Great British Bake Off’ - Karen Wright; and food historian and author, Emma Kay - featured on NNC Countryfile, all rustling up some rhubarb treats in the demonstration marquee from the 21-23 February.

After its success last year, the comedy club in the Rhu-Bar tent will also return, with headline acts Daliso Chaponda, from Britain’s Got Talent, performing on Friday night and Patrick Monahan, winner of TV's Take the Mike in 2001 and Show Me the Funny in 2011, entertaining the crowds on Saturday night.

Tickets can be purchased at http://bit.ly/Rhu-bar

Cllr Jacquie Speight, Wakefield Council’s Cabinet Member for Culture, Leisure and Sport, said: “The Rhubarb Festival is just three weeks away and we are so excited for this year’s line-up.

“With an extended week-long festival this year, there is so much more going on, alongside the usual food and drink stalls, amazing cookery demos, fabulous street entertainment and kid’s activities which everyone has come to enjoy.

“Please have a look to see what’s on offer as there really is something for everyone.”

The annual festival returns for its fourteenth year this month, with a focus on family friendly activities in the former Market Hall between Monday 17 and Sunday 23 February.

The rhubarb, food and drink market will then take place in the Cathedral precinct, with a brand new Vegan Market on Teall Way and a new Arts & Crafts Market on Trinity Walk from Friday 21 to Sunday 23, preserving its status as the first major event in the UK’s ‘foodie’ calendar.

Throughout the week there will also be lots of activities and have-a-go sessions for the kids, including tractor rides, lantern-making and a cycle-powered carousel.

There will also be a number of fringe activities taking place across the city, including Oldroyds Farm Tours, where you can hear about the history of Forced Rhubarb from one of the area’s last growers and visit the forcing sheds by candlelight.

For more information visit experiencewakefield.co.uk/rhubarbfest or find us on Facebook at ‘Rhubarb Festival - Wakefield’ and Twitter @rhubarbfestival using #rhubarbfest