​Wakefield Trinity are hard at work preparing for their second season in the Betfred Women’s Super League.

They start their campaign at local rivals Featherstone Rovers on March 29th before their home opener against York City Knights at The Mobile Rocket Stadium on April 19th. 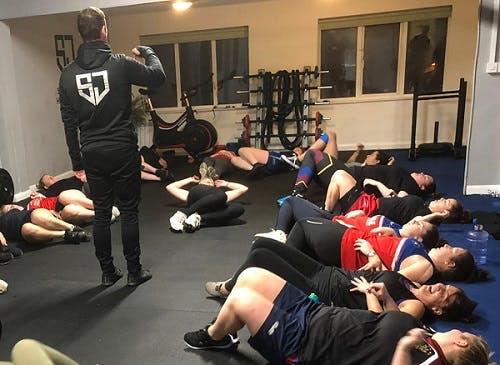 2019 saw Trinity make it to the semi-finals of the Challenge Cup in a challenging season following promotion having topped the Championship the previous year.

A squad of 26 players has been assembled following open trials in November and new signings added to roster, who are now seven weeks into their pre-season preparations.

Those preparations have included intense strength and conditioning work with St. Johns Health and Fitness, led for ex-Trinity players Martin and Graham Law.

Head coach Ken Kerr leads the side in two sessions on the field per week, focusing on fitness and ball work. To aid him, and the team, former England international Francis Maloney has been bringing his experience to the squad, preparing for their first friendly matches in February.

James Stephenson, Head of Women’s and Girls Rugby at the Wakefield Trinity Community Foundation, said, “2019 was a massive learning curve for all involved, but I was proud of the effort and commitment they players gave throughout the season.”

“The players showed great character and resilience during some tough times on the field last season, and that experience should put them in good stead for the new challenges ahead in 2020, a year which we’re all excited for.”

A limited number of players are still available for sponsorship. If you are interested, please contact James on james.stephenson@wakefieldtrinity.com