Since re-opening in August 2017 following a major transformation of the Grade I listed building by Calderdale Council and NLHF, The Piece Hall Trust have already delivered an ‘extraordinary’ return on taxpayers’ investment.

An independent report created by Bradshaw Advisory - using the official HM Treasury approach - reveals that a minimum of £12m per year is now being added to the local economy thanks to the activities of the Piece Hall Trust. 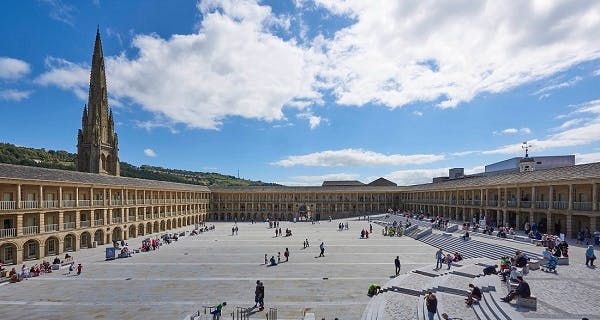 The vision for the Piece Hall was for it to “become the key driver for the wider economic regeneration of Halifax and Calderdale, driving high levels of footfall into the town centre and wider borough by offering an attractive place to visit, shop and eat while delivering a programme of events that put the Piece Hall on the map”.

Released this week, the report reveals:

The Trust’s activities have already made a significant positive impact on the economic regeneration of Calderdale. Overall, there have been over 5m visitors to The Piece Hall since its reopening, with 75,000 from overseas who have all made a significant contribution to Calderdale’s finances.

A recent report about the economic impact of tourism on Calderdale in 2018 revealed that visits from overseas are at an all-time high, and tourism is worth more than ever before to the local economy. Bucking national trends, the overall value of tourism in Calderdale in 2018 was £348.9 million – up 1.4% from the previous year. The visitor economy supported an estimated 6,958 jobs – an increase of 1.5% compared to 2017. These figures pre-date the screening of the highly successful TV programme ‘Gentleman Jack’.

Detailed modelling revealed that the Trust’s activities were largely responsible forboosting the Woolshops’ Shopping Centre footfall by around 1m shoppers per annum which equates to an extra £4.5m a year.

Thanks to the events which the Piece Hall Trust runs throughout the year, combined with the activities of its tenants, it is also adding £3m extra directly into the local economy.

Major events include hosting the Tour De Yorkshire and the BBC’s ‘Antiques Roadshow’ which showcased the heritage site to TV audiences in their millions. Chow Down food and drink festival and large-scale music events like Elbow with also drove significant spend in the borough.

As well as its economic contribution, its recognition beyond the borders of Halifax and Calderdale was also striking with 91 per cent of respondents interviewed by polling company Survation stating that the Trust’s activities had created a positive impact on Halifax’s economy and reputation.

Online, The Piece Hall’s reputation and reach have grown significantly since it re-opened with Google search data showing a seven-fold increase in search traffic. In terms of search volumes this places The Piece Hall only slightly behind York Minster which is a more established heritage destination.

As well as the economic evidence examined, anecdotal benefits also came to light with individuals and businesses enjoying specific benefits such as job creation and growth:

Mark Richardson, Owner of Loafers in The Piece Hall said: “I was made redundant and decided to follow my childhood dream of setting up my own shop. We’ve had two amazing years, thrived and built a loyal customer base thanks to The Piece Hall’s history, culture and wow factor.”

Simone Sargent, Owner of Al’s Emporium has enjoyed a similar success story: “We had a high street shop that we sadly had to close as footfall was poor. We stumbled onto a unit in The Piece Hall and have never looked back. We’ve since expanded twice and are doing well thanks to The Piece Hall’s pull.”

Calderdale Council Chief Executive Robin Tuddenham welcomed the report saying he was extremely encouraged by its findings. He said:

“When Calderdale Council began this ambitious restoration and regeneration project ten years ago, we recognised the potential for The Piece Hall to not only become an internationally admired, hugely visited and a highly successful destination, but also a catalyst for the wider transformation of Halifax and Calderdale.

I am delighted to see the results of this rigorous and robust evaluation of the economic impact of the Piece Hall since it reopened on Yorkshire Day 2017. It is testimony to the leadership and hard work of the Trust who took on the responsibility for running the building from that point.

The report shows the impact that the Trust has had, and evidences the return on our investment into the project. The Piece Hall is the jewel in the crown of our rich heritage and has become pivotal to delivering our Vision 2024 for Calderdale.” 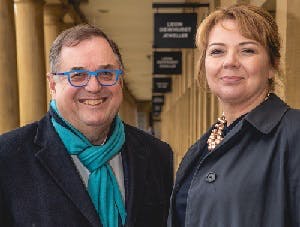 “The Trust’s mission was to enable the Piece Hall to become the key driver in the economic regeneration of Halifax and Calderdale.

The Bradshaw Advisory report reveals that we are achieving and exceeding the Council’s expectations for this important heritage and cultural asset. For £1,000 per day of taxpayers’ contribution £70,000 per day to date has been generated.

The ‘Piece Hall Effect’ clearly demonstrates how the right vision, leadership and investment can deliver strong economic and cultural growth that benefits businesses and communities.”

Chris Walker, former HM Treasury Economist, and one of the report’s authors said:

“The economic boost and positive impact the Piece Hall Trust has had on the local area is outstanding. The Treasury normally looks to get back £2 for every £1 spent, The Piece Hall is delivering more than double that while boosting local pride and providing space for independent businesses to start and grow.”

The report “The Economic and Reputational Impact of the regeneration of The Piece Hall” was produced by Bradshaw Advisory and ChamberlainWalker Economics on behalf of The Piece Hall Trust. A full version of the 44-page report can be found here: http://bit.ly/tph-effect