Roger Marsh OBE and Nicky Chance-Thompson, the Chair and Chief Executive of The Piece Hall Trust, have both been appointed to the prestigious role of Deputy Lieutenant for West Yorkshire.

The highly respected and influential position has been assigned by Ed Anderson, HM Lord-Lieutenant of West Yorkshire, and will see Roger and Nicky assist the Lord-Lieutenant in carrying out his role as The Queen’s representative. 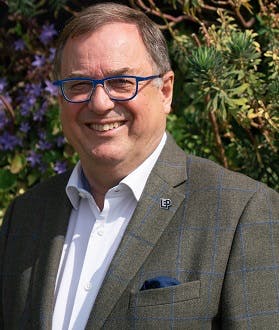 The special position, which is unpaid, will require Roger and Nicky to attend events and suggest nominations for official honours. An honorary Haligonian, Nicky was appointed in appreciation of her multi-award winning work for The Piece Hall Trust. Roger, meanwhile, was appointed in recognition of his role as Chair of the Leeds City Region Enterprise Partnership (LEP), which is responsible for driving economic and inclusive growth across the country’s largest economic area outside London.

Under their collective leadership as Chair and Chief Executive of the Trust, Roger and Nicky have overseen the enormously successful re-opening of the iconic Grade 1 listed building in 2017, resulting in national acclaim for Halifax and Calderdale.

Now a major attraction, the cultural heritage destination has welcomed 5.7 million visitors since it re-opened, drawing significant regional, national and international attention on the Calderdale town.

Nicky has been leading the way for other local businesses and individuals to make a difference in the region and has been recognised with several awards including Yorkshire Choice Awards Business Woman of the Year, joint regional Forward Ladies winner and nomination for the Northern Power Women Awards - to be announced in 2020.

Roger said: “I’ve had the great privilege of serving this region for many decades now; in professional services, through my role as LEP Chair and more recently as Chair of the Piece Hall Trust.

“Our region is an amazing place to live, work and visit and its people are burning with promise. I’m proud and honoured to have the opportunity to do even more to champion West Yorkshire and Leeds City Region as Deputy Lieutenant, alongside my colleague Nicky Chance-Thompson.”

Nicky commented: “It is an incredible honour to have been chosen for this role. I’m in an extremely fortunate position as chief caretaker for the Trust as, in addition to leading an outstanding team that looks after our wonderful Piece Hall, I also I get to work alongside other esteemed individuals doing great things in Yorkshire. This is an exciting time to be working in Yorkshire and the North of England and I am grateful to have this opportunity to serve the county that I’m proud to call my home.”