The tournament is set to take place at Bradford College in West Yorkshire from 6-9:30pm and will take on a round-robin group stage format, followed by semis and finals. The event will also include a fun networking challenge for all and prizes for the winning team! Involvement in such events can generate greater sporting participation, promote a more positive workplace attitude and increase productivity of employees across a range of business sectors. 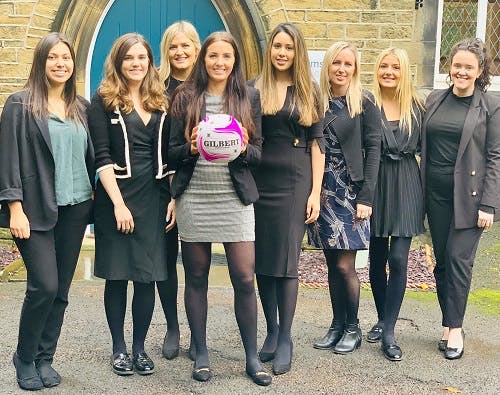 Businesses from across West Yorkshire are encouraged to get in touch as soon as possible to guarantee their team a spot in the tournament – get ready for a fantastic evening of sport and networking!

Stephanie Hastwell, Network Support Manager for England Netball, commented: “It is a really exciting time for netball and as a sport we are always keen to develop new partnerships and encourage participation. Since England’s Commonwealth Gold in 2018 and the home Netball World Cup in 2019, we have seen a surge in interest from both men and women across the sport. We are therefore interested in providing more opportunities to corporates and workplaces with outcomes to suit all, such as workplace wellbeing, netball participation, team building and networking opportunities”

Sinéad Sopala, Director of Marketing at Ramsdens commented: “Ramsdens is delighted to sponsor this event. We recognise the importance of sport, health and wellbeing at work and we want local businesses to gather colleagues and take part - all you need is a minimum of seven players and you’re good to go!”

Entry for the netball tournament is £120 per team. To enter a team, email Stephanie.hastwell@englandnetball.co.uk.