In the run up to celebrating its second anniversary since reopening on 1st August 2017, the charitable Trust reached the major milestone of 5 million visitors, far exceeding its original target of 1.6 million visitors per year. 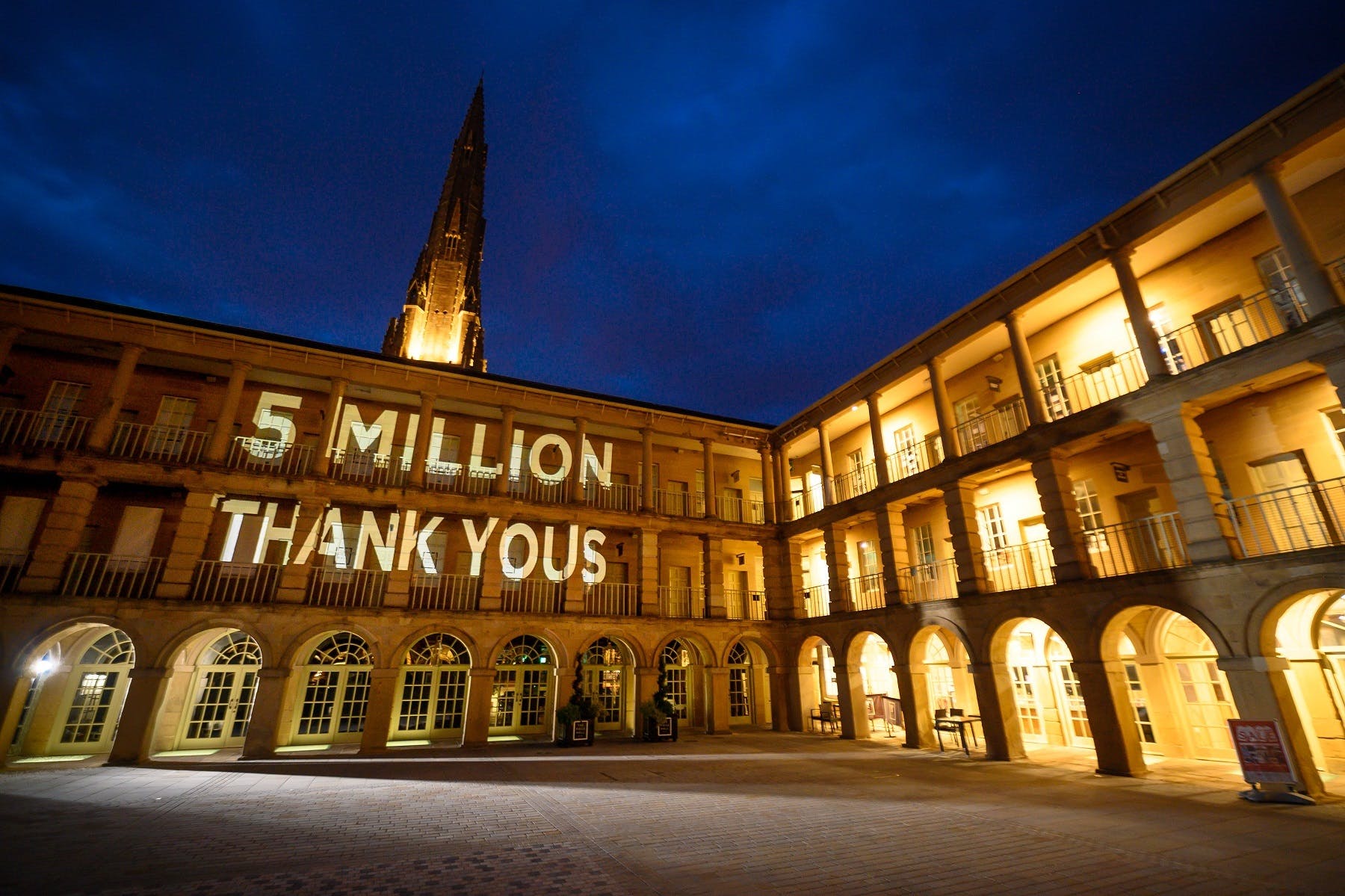 With its distinctive and fully accessible grand courtyard, The Piece Hall has featured as a stunning backdrop to internationally televised events, BBC One’s Antiques Roadshow and the Tour de Yorkshire which has helped to put Halifax on the map. The Grade 1 Listed heritage attraction is drawing visitors to Halifax from all over the UK and from overseas to events including this summer’s sell out concerts by Embrace and Elbow.

The milestone of 5 million visitors comes on the back of a survey conducted by the Halifax Courier showing that local people name The Piece Hall as the best thing about Halifax. Eight out of ten of the many people who responded to the Courier’s survey say that The Piece Hall is boosting Calderdale’s towns.

To commemorate reaching 5 million visitors, the Trust created an image that will help them to thank everyone that has supported The Piece Hall and the businesses trading there. It is hoped that through social media, the ‘5 million thank you’s’ will reach all 5 million of them.