OE Electrics Gets Royal Seal Of Approval With Queen'sAward For Enterprise

​OE Electrics, the Wakefield-based manufacturer of innovative data distribution and power solutions, has been honoured with a Queen’s Award for Enterprise.

The company is one of 200 organisations to be recognised nationally in today’s announcement by the Department for Business, Energy and Industrial Strategy, after being personally approved by Her Majesty The Queen for its excellence in International Trade. 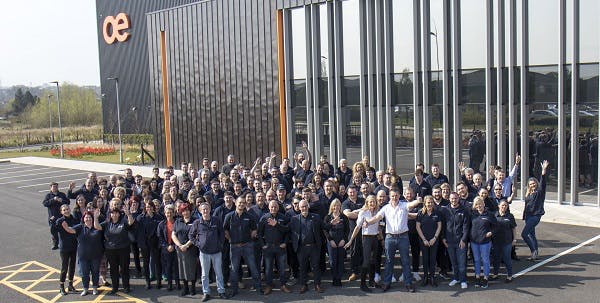 David Masters, group managing director, OE Electrics, said: “To be a winner of the Queen’s Award for Enterprise is a real honour for all at OE Electrics. As a brand, we have been predominantly recognised in our markets for our innovative products. This award, especially, acknowledges the hugely talented team here at OE Electrics for our export achievements. To be a part of the select group of Queen’s Award winners brings a great sense of pride to everyone involved.”

OE Electrics, which employs 170 people, supplies its products to a wide range of industries in more than 60 countries - from commercial office interiors to airport lounges, schools and universities, laboratories, AV studios and the hospitality sector. International markets account for over 30 per cent of the company’s £14.3m turnover.

The company, which also has manufacturing sites in Australia and Germany along with a sales office in Dubai, has a global distributor network in countries including New Zealand, the Netherlands, Austria, Denmark, Sweden, Belgium, Malta and Poland. France, Germany, Ireland and Dubai are some of OE Electric’s more established export markets with growth in several new markets over the past three years including Finland, Spain and China.

OE Electrics will be presented with the award by Her Majesty The Queen’s local representative, the Lord Lieutenant of the County, and celebrate its success during a royal reception in the summer.

The Queen’s Award for Enterprise was founded in 1966. Awards are valid for five years, with winners able to use the Queen’s Award emblem in recognition of their achievement during this period.