OPE SPORTS will appear on the front of Town’s First Team kits during the upcoming 2018/19 season, reaffirming the company’s support of the Terriers. 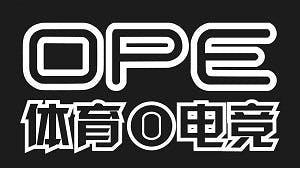 The 2018/19 season will be the second of the multi-year record partnership between Huddersfield Town and OPE SPORTS, which has seen the relationship develop well beyond branding on the First Team and replica shirts, at the Stadium and across online and social media channels internationally.

OPE SPORTS was a huge supporter of the Club and its supporters in its debut Premier League campaign, supporting several fan-facing initiatives.

The online gambling company subsidised coach travel for Town fans to the pivotal league fixture at Chelsea in early May 2018, which allowed over 2,500 fans to travel on 16 coaches for just £1 to see the Terriers secure a second top-flight campaign thanks to a memorable 1-1 draw at Stamford Bridge.

OPE SPORTS also used its global reach to help Town fans see in the Chinese New Year – topically the ‘Year of the Dog’ – through a Fireworks Display at PPG Canalside on 10 February, as well as through several sponsored match day activities at the 4-1 home win over AFC Bournemouth a day later.

OPE SPORTS has also provided bespoke content for the Club’s official video channel, #HTTV, throughout the season, including a special Golf Challenge.

Huddersfield Town’s Commercial Director Sean Jarvis commented: “On behalf of everyone at Huddersfield Town, I’d like to thank the OPE SPORTS team for their incredible support of the Club and the team in our debut season of partnership in 2017/18.

“OPE SPORTS has been no ordinary ‘sponsor’; the company has been a partner in the truest sense, working on initiatives that have really benefited the Club and its fans.

“Because of the generosity of OPE SPORTS, thousands of our fans were able to witness one of the most special nights in recently history at Chelsea as the team secured its Premier League status for the coming season.

“As such, it’s fitting that so many memories captured on photos and on video will feature the OPE SPORTS logo proudly emblazoned across the shirts of the players.”

Sean added: “I think the new OPE SPORTS logo is very eye-catching and looks fantastic on our new 2018/19 kits. I’m looking forward to our fans seeing them in the coming weeks.”