After graduating from the University of East Anglia in 1984, Andrew began his legal career with John Rothery, a sole practitioner in Cleckheaton, before qualifying as a solicitor in 1986. 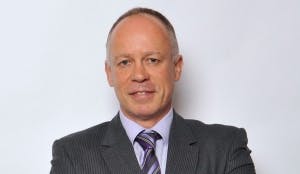 In December 1987, Andrew joined Wilkinson Woodward as a general practitioner. The high growth in demand for property work which followed his appointment led to his subsequent lifelong specialism.

In 1991 Andrew became a partner at the firm and subsequently a director when the practice incorporated following a merger with Huddersfield based Norcliffe & Co in 2012.

As the firm’s senior property and commercial specialist, Mr Crabtree has represented hundreds of businesses, handling all types of property transactions from the firm’s offices in Fountain Street, Halifax.

Andrew, 54, is married to Lynn who is also a director at Wilkinson Woodard. The couple live in Hipperholme and have two children.