FARMINGDALE, N.Y. — Nov. 6, 2017 — Group One today announced the appointment of Rob Lewis as regional sales manager for the Calrec Audio line of digital audio consoles. Based in San Francisco, Lewis will report directly to Group One President Jack Kelly and will manage all Calrec sales in the southeastern U.S., in addition to assisting the entire Calrec team with the overall business.

"We are thrilled that Rob is joining Group One," said Kelly. "With years of experience in the sales and support of broadcast audio consoles, Rob further strengthens our U.S.-based Calrec team with his strong technical background and deep market knowledge." 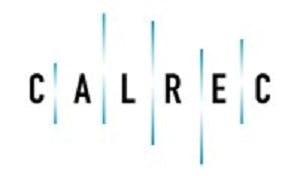 "As we continue to build our presence in the U.S. market, Group One is a powerful ally — and the partnership just got even stronger with Rob's addition to the team," said Dave Letson, vice president of sales, Calrec Audio. "With more than 24 years of experience in the professional audio industry, including plenty of time in sales, support, and hands-on work with audio consoles, Rob knows our market inside and out. He'll bring an ideal mix of international sales, product marketing, and technical know-how to our U.S.-based sales operation."

Just prior to joining Group One, Lewis served six years as director of U.S. territory sales for Harman International – Studer. There, he rebuilt the U.S. sales and technical support team. Prior to that position, Lewis served as business development and sales contractor for Salzbrenner Stagetec Mediagroup – Stagetec, USA, and co-founded iConfiDent, a web-based platform for dental professionals. He also put in nine years at Euphonix, serving first as product marketing manager and then international sales director, Pacific Rim.

"It's a real pleasure to be representing Calrec Audio. Calrec desks are the gold standard for audio, and their reputation for outstanding sound quality, flexibility, and performance makes them an easy sell," Lewis said. "There's tremendous potential for Calrec in the U.S., and I'm looking forward to working with the team to build a sales and support presence that reflects the high standards of both Group One and Calrec Audio."

As a freelance audio engineer early in his career, Lewis was nominated for a Grammy award and recorded/mixed more than 30 albums and CDs. He holds a bachelor of arts degree from Loyola University.