Dave was Co- Founder CEO of pioneering visual effects company Red Vision and lead them to winning two BAFTA awards for BBC’s Battlefield Britain and Hiroshima and Royal Television Society awards for ITV/Granada Titanic, Birth of a Legend and Headcases . He is currently a founding director of Massive Multiplayer Online company Gamesco and working with a range of UK, China and EU based tv, e-media production and publishing businesses. 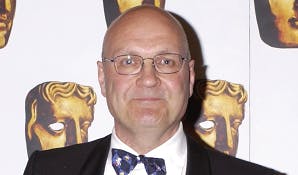 Dave has over thirty years experience in the film and tv industry, and will be helping drive the expansion of Stada TV – producing one off specials and also series programming for television and online distribution. The small screen is thriving at the moment and is often out performing the cinema screen with SVOD services from the likes of Netflix and Amazon Prime and of course the may professional subscriber channels on YouTube.

Danny Lacey, CEO and Founder of the Stada Group, said “All businesses have a ‘spike’ moment, a moment that becomes the catalyst for growth. This is our spike moment for Stada TV. Dave has a wealth of experience, knowledge and industry connections that can only benefit the business.”

Stada TV has several shows in various stages of development including factual entertainment show Crazy Horses, music documentary Embrace: One Big Family and art documentary Roger Dean: Designing The Future. These shows are targeted at channels such as the BBC, ITV, Channel 5 and platforms including Netflix.

It’s also great news for media production in Wakefield as the Stada Group remain committed to building its creative hub in the City, recruiting and utilising resources locally wherever possible.