Shelley McLachlan, who works for West Yorkshire law firm Wilkinson Woodward, was admitted to the roll of solicitors on 1st July 2016. 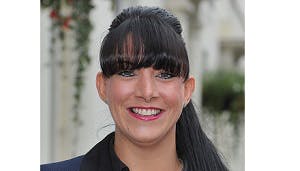 Shelley’s commitment to law stretches back over eight years. Whilst studying law at the University of Huddersfield, she spent five summers gaining work experience at Wilkinson Woodward’s Brighouse office.

After securing a first in her qualifying Law degree and going on to achieve a Masters in Law & Practice, Shelley began working as a Paralegal in April 2014, dividing her time between Wilkinson Woodward’s offices in Halifax, Huddersfield and Brighouse.

Having shown a real aptitude for legal work, Shelley was offered a training contract in early 2015 and she has spent the past 18 months, gaining valuable experience in all departments.

As a qualified solicitor, Shelley will now take on her own caseload in Children and Care Proceedings.