Founder of Huddersfield based marketing consultancy KC Communications, Katrina Cliffe has been nominated for a total of four Northern Power Women Awards.

KC Communications which was founded in August 2014 works with SME’s throughout Yorkshire and beyond to provide marketing consultancy and management services. The organisation is also firmly committed to providing future professionals with opportunities to gain experience in the industry and has close links with local education providers to offer support and insight to their students, whilst also working with Superfast West Yorkshire & York as a mentor on their Women and Broadband initiative. 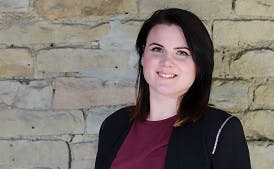 The inaugural award, which takes place on 3rd March 2016 in Manchester celebrates and showcases role models who take positive steps towards transforming business culture in the north of England to benefit the talent of the future. The categories of which Katrina is in the running for include One to Watch, Person with Purpose, Outstanding Entrepreneur and Small Business.

Judges who have the task of deciding the winners are made up of some leading business figures including Ali Gayward, EasyJet, Jo Swinson, Former Business Minister, Carl Wood, Trinity Mirror and Damian Walters, CBI.

Katrina Cliffe commented: “It is an honour to be nominated for not one but four Northern Power Women Awards, The nominations truly are a testament to my commitment and dedication to supporting the professionals of tomorrow through the foundation of KC Communications which was only established in August 2014. Regardless of the outcome on the evening, it is amazing to be recognised as a potential Northern Power Woman”.