‘Use it or lose it’ warning as 5,000 Yorkshire businesses boosted by superfast web scheme

Almost 5,000 SMEs across Yorkshire and the East Riding have now secured vouchers worth over £8m from the Government’s Superconnected Cities scheme, which received its latest £40m top up in April this year.

The scheme, which awards ‘connection voucher’ grants of up to £3,000 to individual businesses to cover the costs of installing high speed broadband, is part of a nationwide programme to boost high-speed internet connectivity among small and medium-sized businesses and was launched in 2014. 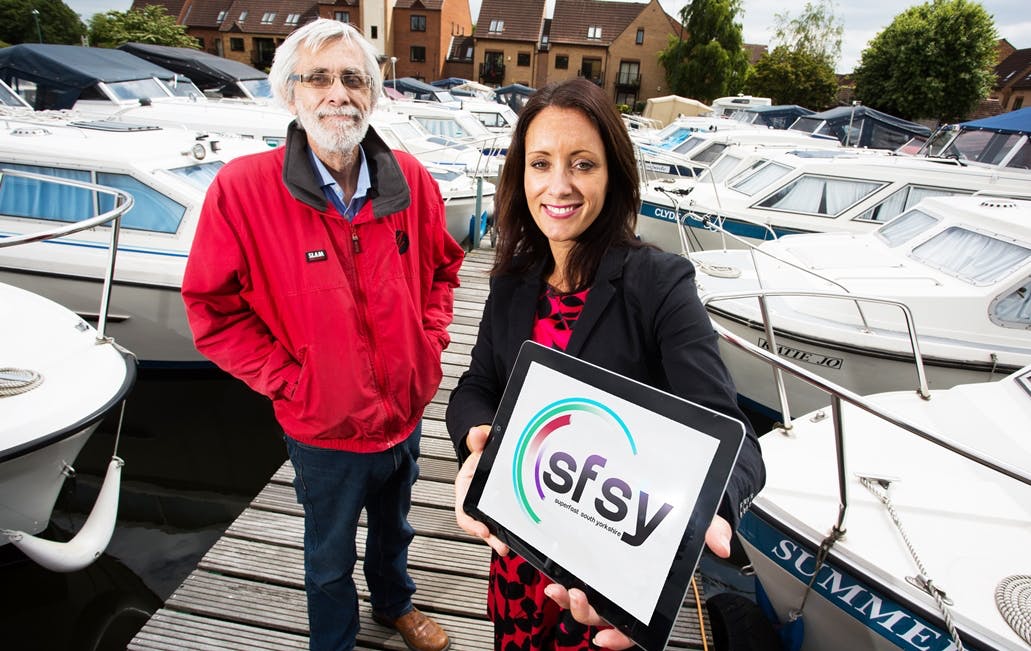 Yorkshire businesses have now claimed more grants from the Superconnected Cities scheme than any other region outside London. Firms in the North West are the third biggest claimants, some 200 behind the combined total of Yorkshire’s cities. New projections predict that the entire £40m funding pot will be allocated by October 2015, so businesses may have just 8-12 weeks to secure their share of the Government support.

“Being equipped with the fastest possible web connection is crucial to business growth, and it is fantastic that nearly 5,000 Yorkshire firms have taken this up to date,” commented Natalie Ward, programme manager for the Superfast South Yorkshire scheme.

To date 3,630 cash vouchers have been issued to firms in West Yorkshire and Craven and 442 in York. As part of an expansion of the scheme to 28 new cities in April 2015, companies across Hull and South Yorkshire have become eligible, ensuring most of Yorkshire is now covered by the scheme. Already, 464 vouchers have been offered in Hull and 364 in South Yorkshire, putting these two locations into the top 3 of the 28 new cities and regions to join the scheme.

The geographic extension also meant that many North Yorkshire businesses could benefit, and a flurry of applications has been seen from businesses in Harrogate, Ripon and the rural Dales.

“This scheme has a finite pot of funding and since April just about half of it has been allocated to applicants across the UK. It is great news that Yorkshire businesses are claiming more than any region outside the capital, but for those who haven’t already received a voucher the time is slipping away,” she warned.

With a maximum fund of £40m nationally, and almost £20million already allocated to connections across the UK, the operators of the West Yorkshire Scheme at Leeds City Council are urging businesses to make applications now in order to safeguard their £3,000 vouchers.

“The online application process only takes five to ten minutes, the vouchers don’t have to be match funded and so almost any firm that wants to maximize their use of the web should apply. The funding is being spent at a rate of more than £1million per week, and we would hate to see businesses face unnecessary connection and hardware charges of thousands of pounds after the pot has all been allocated. We are urging business owners and directors to stake their claim on the funds as soon as possible,” said Mark Durham, project manager for the Connection Voucher Scheme in West Yorkshire.

Businesses can check their eligibility and make an online application at www.connectionvouchers.co.uk