Published 11th May 2015 by Emma Sinfield

​Halifax-based member Chartered Insurance Broker Wilby Ltd has been shortlisted for an impressive three awards at this year’s British Insurance Awards. Billed as an ‘unrivalled badge of excellence for the insurance sector’ the awards are one of the greatest honours that a broker can win.

Wilby have been shortlisted for Insurance Broker of the Year, Initiative of the Year and Unsung Hero of the Year reflecting their successful growth over the past few years and their commitment to innovation in the industry. 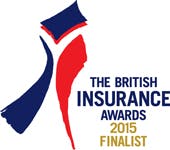 They are no strangers to success in these awards having won the award for Community Broker of the Year in 2014 for their fundraising efforts around their 30th anniversary and they were also named as one of the top 10 most successful brokers in the history of the awards, a fantastic achievement when compared to the multinational companies which make up much of the top 10.

Managing Director Richard Blackburn said "We’re delighted that our achievements have been recognised in these award nominations, the British Insurance Awards have a strong history of showcasing top class performance and innovation within our industry and just to be shortlisted is a fantastic result!"

The awards ceremony takes place at the Royal Albert Hall on 8th July.