After graduating from the University of Durham in 1981, Jon began his legal career at Hall & Norton in Huddersfield.

In March 1990 he joined Halifax-based member Wilkinson Woodward, initially handling a mix of legal casework. With a keen interest in employment law issues, by the mid-nineties Jon had set up the firm’s employment law department and has specialised in employment law matters for the past twenty years. 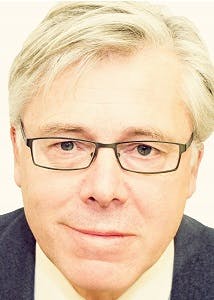 In 1992 Jon became a partner and was appointed as a director when the practice incorporated following a merger with Huddersfield based Norcliffe & Co in 2012.

Jon’s many career highlights include a successful sex discrimination case against BT in which an employee was awarded £293,000.

Jon, 55, deals with all aspects of employment law including negotiating severance packages on behalf of employees, disputes relating to shareholders rights, unfair prejudice and confidential information. He has a particular interest and expertise in discrimination cases. He also has overall responsibility for marketing at Wilkinson Woodward.

Managing Director Maureen Cawthorn commented: "Jon lends a wealth of experience in employment law matters to the Wilkinson Woodward team - his reputation in handling issues of discrimination has been built over many years of successful cases. We’re delighted to be marking his twenty-fifth year at Wilkinson Woodward."