The British Chambers of Commerce (BCC) and DHL Express have published their Q3 Trade Confidence Index, which measures both UK exporting activity and business confidence of more than 2,300 exporting firms. 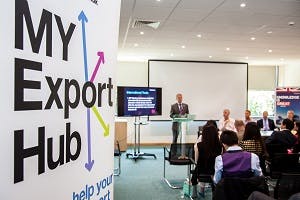 In the latest quarter (Q3), fewer exporters reported increased sales, with the majority saying that export sales have remained consistent. Despite the rate of growth slowing, exporters remain determined to expand their businesses internationally.

The report shows that growth in export activity has slowed slightly since its peaks in Q1, with confidence levels for both manufacturing and service exporters falling. The volume index of trade documentation issued by Accredited Chambers of Commerce also decreased slightly to 116.93, from 119.27 in Q2.

The key findings from the report are:

David Horsman, Chairman of the Chamber Board commented: “Our success as a nation depends very much on our ability to sell our goods and services worldwide, and whilst exports from the UK have generally improved, much more needs to be done if we are to achieve economic stability. Too much of our overseas trade is with Europe and there are large areas of the globe where we do very little in the field of exports.

"The recent initiative by BCC and UKTI to create an international business network connecting our businesses to markets through our unique global Chamber of Commerce movement should offer a more structured system of support, and at last the Government appears to have woken up to the idea that such services are key to enable us all to achieve economic success.

To get supported, get connected and have your say on business issues that matter,  join your Chamber today.