2000 new companies have been launched in West Yorkshire by entrepreneurial jobseekers looking to turn their business dreams into reality, according to figures from the West Yorkshire Enterprise Agency. 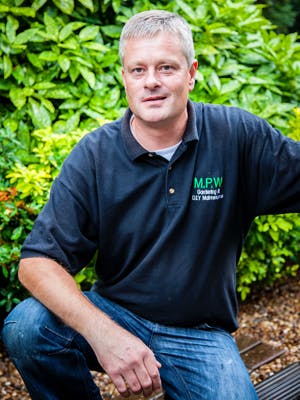 The milestone has been reached three years after the New Enterprise Allowance scheme was launched. The Government scheme partners jobseekers with a mentor to draw up a business plan then gives them financial support to help them through the early months of their company.

West Yorkshire businesses which have been launched range from legal practices to heating engineers, web developers and personal trainers. The 2000th start-up is a gardening and maintenance firm in Wakefield set up by a mechanic made redundant after 17 years in the same company.

Many more budding entrepreneurs are currently working the Enterprise Agency’s team of advisers and mentors to develop their business plans and are preparing to launch, further boosting West Yorkshire’s economy.

Martin Hathaway is the Chief Executive of the West Yorkshire Enterprise Agency, which has the contract to deliver the New Enterprise Allowance in the county.

“West Yorkshire Enterprise Agency advisers and mentors have worked with hundreds of people since 2011 who have had the ambition, imagination and drive to want to start their own businesses.

“We provide support and encouragement to all those placed on the New Enterprise Allowance with a business mentor from our MYMentor network, start-up advisers who guide them in the right direction and free membership of the Chamber of Commerce when they start their company providing vital networking opportunities.

“We are proud to have reached the milestone of having 2000 of these individuals turn their dream into reality and look forward to helping support more individuals begin their enterprise journey in the future.”

The 2000th company was launched by Wakefield 44-year old Martin Wade who decided to set-up his own gardening and maintenance business after being made redundant from his job as a mechanic team leader at Direct Line after 17 years.

He says losing his job made him take the leap into running his own company:

“I had always wanted my own business but, with financial and family commitments, found it difficult to justify not having the security of a guaranteed wage at the end of the month. Being made redundant made the decision a lot easier, it gave me the push I needed to bite the bullet and give it a go.

“The support from the New Enterprise Allowance and the West Yorkshire Enterprise Agency was invaluable. If I needed any information, I could ring someone up and they would help me out. Starting up on your own can be a lonely experience so it was great to know that someone was at the end of a phone.”

“I would recommend being your own boss to anyone who is willing to put in the time and effort to make it work.”