Survey of more than 2,600 exporting firms shows that 71% of exporters expect their turnover to improve this quarter – the second highest on record

The British Chambers of Commerce has today (Thursday) published new research in conjunction with DHL Express looking at the health of the UK’s export market. The BCC/DHL Trade Confidence Index, which measures both UK exporting activity and business confidence, shows that 40% of firms are looking to hire more staff, the highest number on record. Confidence is continuing to improve, with export sales and orders at all time highs.

The volume of trade documentation issued by Accredited Chambers of Commerce also jumped in Q1 2014, demonstrating that UK businesses are willing to break into new markets. But more support is required to sustain this confidence if we are to meet the government’s target of increasing exports to £1trillion by 2020.

The key findings from the report are: 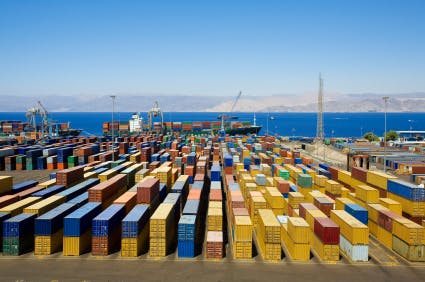 "These results give us many reasons to feel cheery. There is much to be happy with in these results. Our exporters are selling more, and hiring more, showing ambition and willingness to export and grow their business. They are taking advantage of the opportunities on offer when breaking into new markets and it is great to see that the volume of exports is now at an all time high.

"There is however so much more potential to realise. The government’s target of increasing exports to £1trillion by 2020 is a difficult target, but not insurmountable. But these businesses, while making every effort to expand into new markets, cannot do it alone. Government and civil servants must also play their part so we can make real in-roads into high-growth markets. And we simply must spend far more on trade support than our current 0.02% of GDP, if we are to rebalance our economy towards net exports.

"The British Chambers of Commerce is doing its bit, by accrediting overseas Chambers of Commerce and business groups in 41 countries across the globe, so that business people have a first port of call when they step off the plane, where they can receive practical advice and support on the ground. But we can and must all do more if we are to compete on a global scale in the months and years ahead."