Huddersfield based children’s party hosting company, PopKidz, has been awarded the Business of the Month for November. 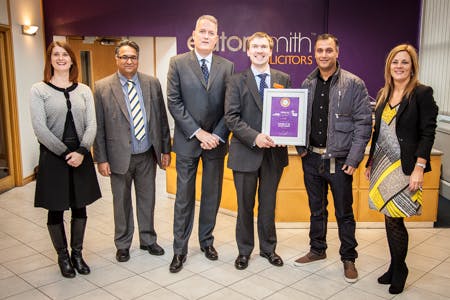 Based in Marsh, Huddersfield, PopKidz is a purpose designed party venue for children aged 3-16, which includes a DJ booth, dance floor, bespoke seating, chandeliers, led lighting and a cocktail bar where parents can book a stylish, affordable and hassle free birthday party.

The business was formed by AJ & Victoria Allan who whilst working as a chartered tax advisor was disappointed with the choice available for a children’s party, and decided on a new business venture which became PopKidz. Opening in 2010 the business was slow to take off until the appointment of a full-time manager and additional investment during 2012 allowed the business to advertise and expand resulting in record bookings and much improved profits for 2013.

The judging panel were impressed by the application from PopKidz in that, beyond the obvious enthusiasm that shone out, PopKidz has clearly worked hard to listen to feedback from customers and they have adapted their business to offer exactly what customers are after. Their success has led to an ever increasing number of parties being hosted across their two ranges, these being PopKidz and Club Fusion. A large range of parties (including a variety of themed parties) and seasonal events has seen them more than triple their bookings over the last 12 months and they have also won the Netmums Best Children’s Party Venue (Yorkshire and Humberside Region) Award 2013. Expansion plans are in place with a further venue opening in Halifax in early 2014 and franchising opportunities are under way.

PopKidz Director, AJ said We have worked really hard over the last 3 years making sure that every child feels extra special on their birthday and it’s nice to see all our hard work been rewarded, we love what we do and you can see this it our parties!

Pictured are (left to right):