Discovery Bay have won January Business of the Month

Discovery Bay, a well-known Caribbean restaurant based in Huddersfield has been awarded the Business of the Month prize for January. 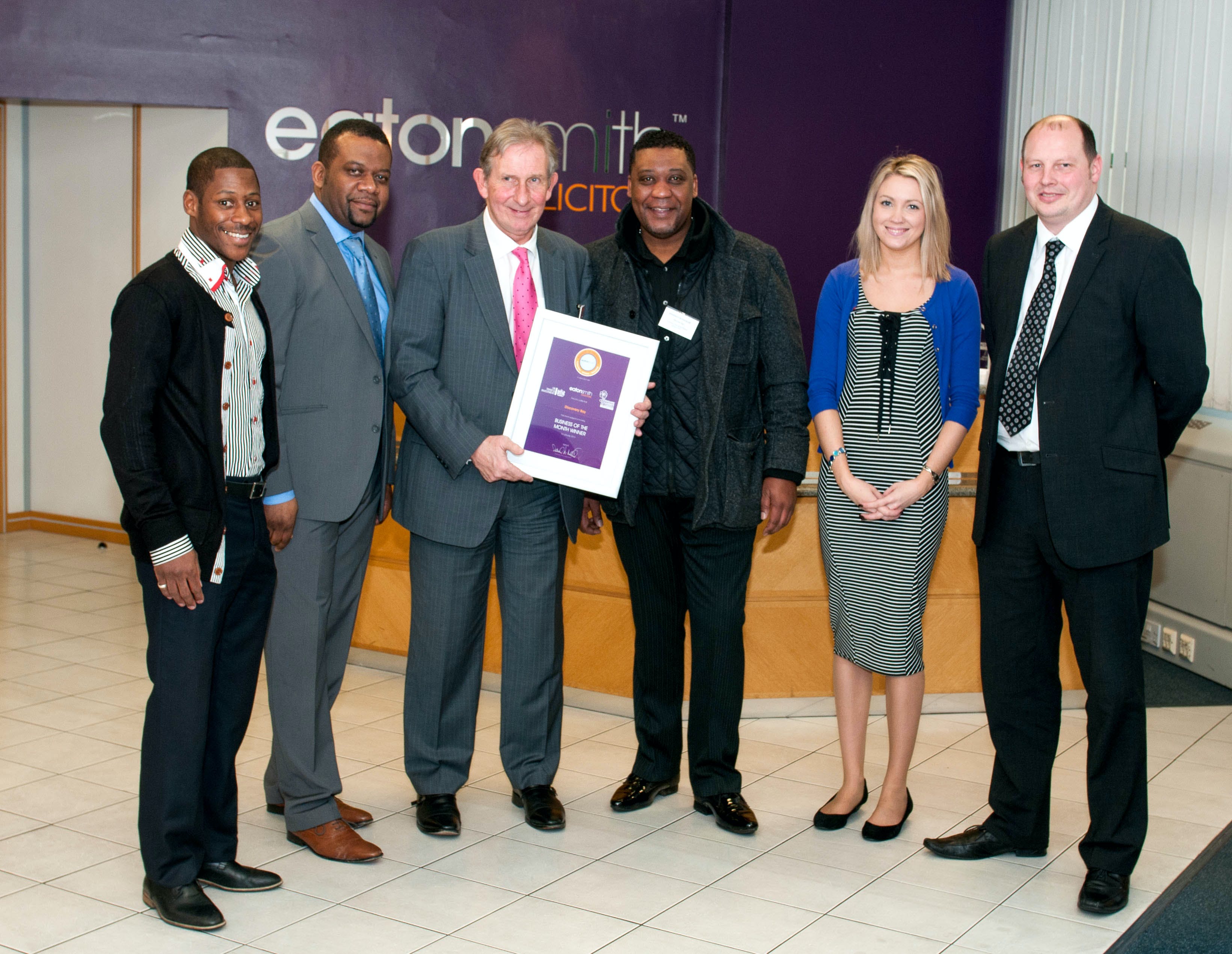 Established in 2006, Discovery Bay Restaurant was formed by Barrington Douglas, after years of saving to fulfil his lifelong dream.

From the age of 12, Barrington had a passion and flair for cooking. Everyday he would watch his mother cooking wonderful Caribbean meals using skills and family recipes passed down from generations. At such an early age, he knew that he wanted to share such skills and recipes and spread the word about Caribbean food. At the age of 19, Barrington started working in the construction industry, saving £20 out of every £100 he earned and after 21 years of saving, he was finally ready to invest into his lifelong dream of opening a Caribbean restaurant.

Such drive, character and passion have enabled him to achieve great things in such a short period of time. Among them, and after only one month of opening, Discovery Bay was awarded second place in Yorkshire’s Best Ethnic Restaurant 2006, as well as receiving the Yorkshire Black Entrepreneur of the Year 2008 Award presented by Chris Akabusi MBE. What is more, he was invited on a once-in-a-lifetime trip working alongside Gary Rhodes while he filmed his new series “Rhodes across the Caribbean”. This involved touring eight Caribbean islands from Jamaica to Tobago and cooking with some of the Caribbean’s top chefs. On his travels, Barrington picked up over 200 recipes which he now offers in Discovery Bay, with his own twist of course! 2012 continued to be a good year for Barrington, having been invited to run cooking presentations by the Caribbean Export Development Agency and then being selected from thousands of chefs to cook at last year’s Olympic Games. Barrington also made his ninth TV appearance on a popular cooking programme with Marco Pierre White where the restaurant made it to the last 12 out of 5000.

The judging panel were impressed by the enthusiasm with which Barrington Douglas describes his cooking and the achievements he had had: it is apparent that Barrington Douglas is well thought of amongst his peers and that his good reputation is well deserved. Two of the judges have eaten at Discovery Bay and recommend it, and the other judges now have plans to dine there soon! The contributions to the local economy in terms of attracting visitors to the area and the employment of a gradually increasing number of staff was taken into account, as was the fact that Discovery Bay has been in business since January 2007 and weathered the current recession well.

Owner, Barrington Douglas said, “Winning Eaton Smith Solicitors business of the month means a lot to me, my staff and my family. It is an honour to be recognised because Huddersfield has so many great and successful businesses, for Discovery Bay to be chosen for the second time is fantastic. I hope we are a good contender for business of the year as we have put Huddersfield on the map with our culinary skills. We have captured the nation through our experiences on National Television and could be the 1st restaurant to win it.”

The Business of the Month Award is run in association with Mid Yorkshire Chamber of Commerce and UKTI. It is open to firms in Calderdale, Kirklees and Wakefield.