Chamber Executive Director, Andrew Choi, and the Board of Directors would like to invite you to attend the Chamber’s Annual Dinner 2012. 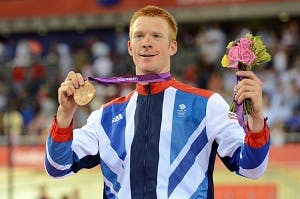 Local boy Ed Clancy - a two-time Olympic Gold medalist, an Olympic Bronze medalist, and five time world champion - is a fundamental member of the awe inspiring Great British cycling team. On the track he competes in the Team Pursuit and as an individual in the new Olympic discipline called the Omnium, a multi race event. Ed is an Olympic, World and European Champion on the track and also rides for the domestic road team Rapha-Condor-Sharp. An explosive sprinter with the durability to match, he took Gold in the Team Pursuit and Bronze in the individual Omnium at London 2012.

Ed has a unique blend of pure speed and endurance and is Man One in the Team Pursuit, his job to get the team to their average speed as quickly as possible. He is unique and unrivalled in the World and a lot of the recent success of the team is put down to the start he gives them.

Away from the track Ed is an avid motorsport fan and spends his spare time either racing his own cars and motorbikes or attending events at race circuits around the country. He supports a number of charities and is involved in the British Cycling academy programme encouraging individuals to start cycling. Ed is a terrific ambassador for his sport and a great role model, not only for cycling but sport as a collective. His laid back and sociable nature has made Ed very popular with the media and he is experienced on the speaker circuit as well as corporate event appearances. 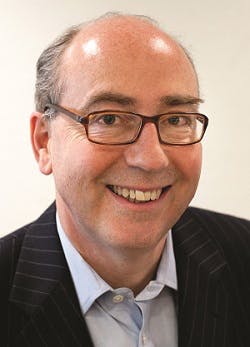 Crispin Simon has been the Managing Director of UK Trade & Investment responsible for SMEs since  February 2012.  After spells with NM Rothschild, McKinsey, Rexam and Smith & Nephew, Crispin was  Chief Executive of Biocompatibles International until its sale to BTG plc in early 2011.  At the time of the sale, Biocompatibles was selling £30 million of medical devices in more than 40 countries. During a 25 year career in industry Crispin was responsible as Managing-Director or Group Executive for more than 20 SMEs in industries that included medical devices, pharmaceuticals, electronic and automotive components, building materials, software, packaging materials, credit cards, laboratory testing services and paint colour charts. The products ranged from genetically-modified stem cells to paper bags for boiled sweets.  Crispin is a Non-Executive Director of T Delta S Ltd and a Trustee of Alive & Kicking. 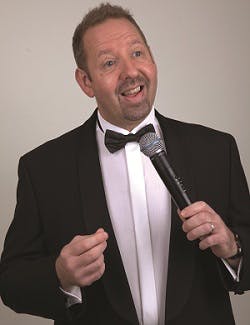 Alfie is a versatile and distinctively humorous after dinner speaker, presenter and comedy writer with his niche area as a serving police sergeant. He is a natural raconteur and  delivers a wealth of insights and comedy moments from his eighteen years on the beat, where dealing with everyday incidents has generated a host of humorous stories that  you ‘just couldn’t make up’. In 2011 Alfie was one of the stars of ITV1’s Show Me The Funny and wrote and presented ‘Alfie Moore’s Almanac’ for BBC Radio. Most recently he has been featured in BBC3’s Bizarre Crime. His new full length show ‘ALFIE MOORE – I PREDICTED A RIOT’ starts  its Spring tour in March 2012 before going on to the Edinburgh Festival in August.